At four years old, the “Well Made Here” program deserves benevolence and respect for its ambitions

Yesterday, in 2018, “Well Made Here” program was born. Has the program really reached the biological milestone expected of a four-year-old seedling? Has the health crisis delayed its development? Richard Darveau, President and CEO, answers the question frankly. 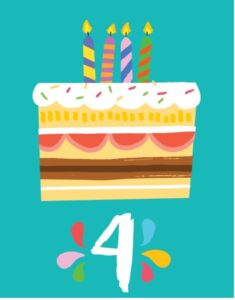 “Like a toddler, the Well Made Here program had to start learning to walk before running, before dreaming of spreading its wings and flying away. The first steps were promising. The organization was baptized with a pretty name, well captured into an image, and presented in both languages. Its logo, straddling a house and our country’s flag, received nothing but praise.

Except that when this little being was about to enter the world of adults, ambitious and propelled with its newborn energies, but fragile because of the shallow roots, the pandemic stumped it. It was only 18 months old. And like all of us, it didn’t know that what seemed like temporary parenthesis of our lives would last for two years. Thirty months precisely.

The growth of the program was not stopped by the health crisis, only slowed down. Thus, about 60 manufacturers had decided to sponsor the program from its inception. In the three years that followed, about forty more joined.

From the point of view of products, it is estimated that less than 600 accreditations took place in the first months of activity. Although manufacturers had – and still have – bigger fish to fry, the program is now based on more than 7,000 hardware items and building materials that feature our logo, without neglecting the fact that it is supported by eight of the country’s hardware banners and buying groups. It is further respected by all the others, many of whom are seriously considering joining our ranks.

At four years old, this child has already learned quite a few important things, having tested its social positioning, and knowing how to express itself and to manage its actions. At four years old, Well Made Here is not yet in this league. The road to be traveled leading to its recognition by the entire industry is longer than what has been travelled so far. As for the end users of the accredited products who are homeowners and building and renovation contractors, let us admit not our failure, but our challenge: they still have no idea who we are.

Why? Because the human and financial resources we have do not allow us to market to the general public. I know I sound like I’m repeating myself, but between now and our fifth anniversary, obtaining the official and financial support of the Canadian Government is our top priority. We will succeed without a doubt. Not out of wishful thinking but because the planets align. Let me explain.

Since COVID-19 and its variants seem to be better managed, it gives the public service and politicians the time window to launch new constructive projects which could be an incentive to buy quality Canadian products for citizens and businesses alike. Furthermore, questions arise in relation to long international supply chains as the fight against climate change intensifies, the two conditions giving new virtues to the “buy local” movement.

Well Made Here is still just a child, whose growth has been slowed down by the pandemic. Let’s remember that. Let us celebrate its ambitions so that they match the dreams that we have for our own children, meeting them with the same benevolence. »