At the August 31st board meeting, a tactical plan with three action priorities was presented by the management of the ” Well Made Here” program to steer the efforts for the remainder of the current year. 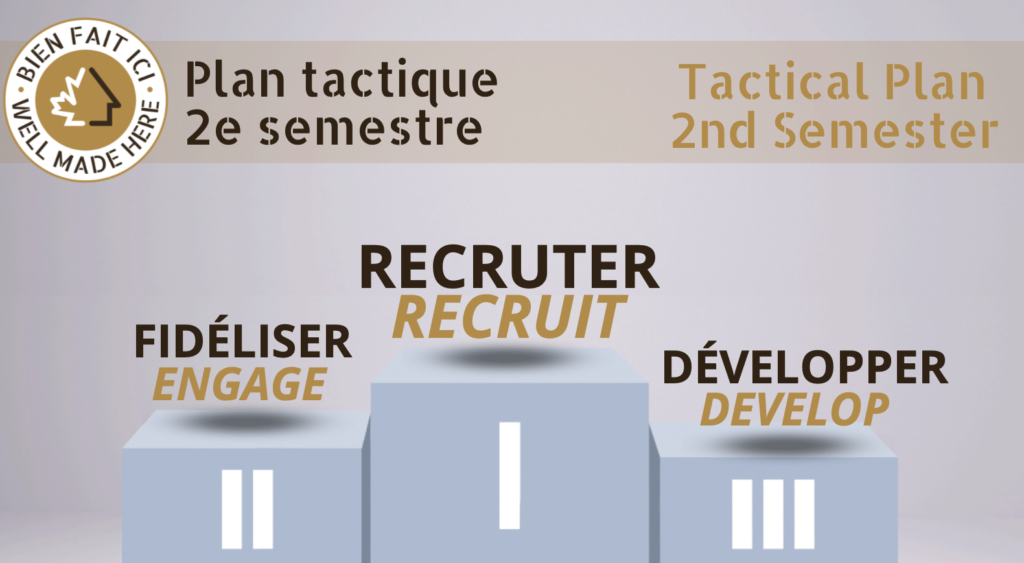 As Richard Darveau, President and CEO, explained to the directors, we must move forward on several fronts in order to meet the expectations of the executives from the banners that support the program as well as those of the leadership from the hundred or so manufacturers who have joined to date.

In short, here are the initiatives to be carried out in parallel.

A campaign promoting the merits of the program and, above all, the importance of uniting in the face of international geopolitical fever and climate change, which make us all too vulnerable, is being orchestrated.

At the same time, the management intends to make the necessary efforts to interest other banners in supporting the program. In particular, Home Depot, Canadian Tire, TIMBER MART and Kent are being targeted.

The time has come to communicate more intensively than ever with members in order to motivate them to undertake tangible measures to raise awareness about the logo and to proclaim their pride as participants in “Well Made Here “.

In order to attract the attention of homeowners and building contractors towards accredited products found in stores, two sources of federal funding have been identified.

The REGI program (Regional Economic Growth through Innovation), managed by Canada Economic Development, supports, among other things, non-profit economic organizations to bring together players in the same ecosystem.

On the other hand, the Strategic Innovation Fund (SIF) supports not-for-profit companies that wish to carry out collaborative projects with a national scope, ideally involving not only companies but also research institutes.

“Well Made Here” management has made representations in Las Vegas to convince the promoters of the NHS show to hold space specifically for a showcase of Canadian products accredited by our program at its February 2023 edition. The same appeals are being made to the organizers of the European Batimat show. 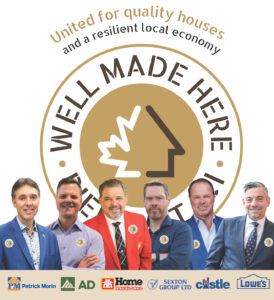 In addition to featuring quotes from banner executives and leveraging the strategic partnership with the Canadian Federation of Independent Business, the recruitment campaign includes an advertisement highlighting the virtues of the program.