The Well Made Here team is leading three huge projects concurrently with the hope of concluding at least one in 2021 and the other two in subsequent years.

The pandemic and the supply issues in our industry occupied and preoccupied the directors of the “Well Made Here” program at their last board meeting, on the February 12th. All these hot current affairs led the board of directors to agree, with staff, on a modified action plan for the current year.

At first glance, the planets appear to be well aligned, from a political standpoint, to force all federal parties to place incentives encouraging what is “Made in Canada” in general and the stimulation of the construction sector in particular, among their probable election campaign priorities. Because every politician knows that “when the building goes, everything goes”.

“Energy Star is an example of sponsorship where the central government’s support enabled the logo to acquire its reputation”, estimates Richard Darveau, President and CEO of “Well Made Here”. “Such an endorsement serves as our inspiration to approach politicians and officials,” promises Mr. Darveau.

Variable geometry partnership agreements will also be explored with several national, provincial and even local initiatives that endeavour in favor of local buying. 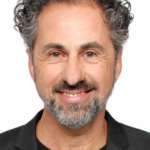 Richard Darveau, CEO of the “Well Made Here” Organization

“Whether it concerns, for example, programs like Le Panier Bleu in Quebec or Ontario Made, we believe that by helping each other, we more effectively reach a still marginal, but growing fringe of people and companies that are sensitive to short supply chains and to the quality of what generally emanates from Canadian manufacturing sites”, believes the CEO of “Well Made Here”.

Ultimately, a project that is certainly ambitious, but feasible and above all deemed necessary, consists of developing a web series, or even televised, putting two teams in competition where each builds a property, and, where the winner is the team with the highest usage rate of “Well Made Here” accredited products and the best value for the money. Such a series, produced with duplication to satisfy both linguistic markets, would mainly aim to demonstrate that any build can be completed from nearly cellar to attic with domestically sourced products and persons. As a secondary objective, we would like to prove with facts to support the premise that a building designed and built with quality products and talented persons may cost a little more at the start, but that its value over 25 years is far superior than another build which would have banked on lower-end quality. 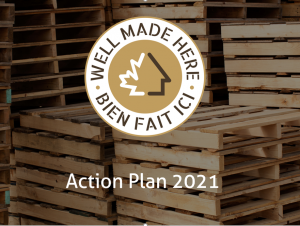