In a 2017 survey of US hardware stores, Hardware Retailing, an American magazine, reports that 62% of respondents say their customers are asking for products made in their country. If this request is directed more and more to stores, why would it be any less relevant when it comes to what contractors offer consumers? 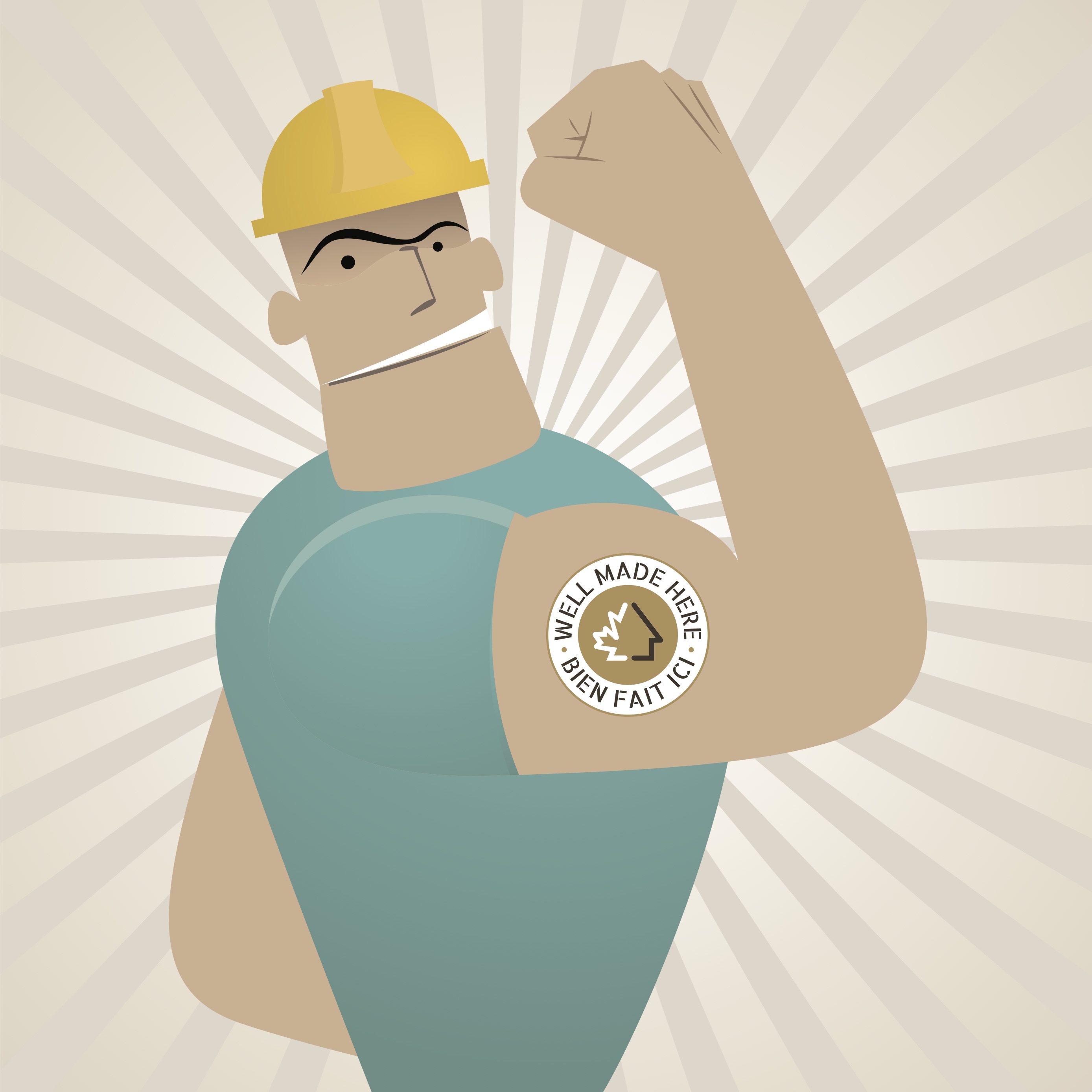 In a similar vein, a recent Consumer Reports survey notes that superstores in the United States are increasingly being criticized for their far too low inventory of local products.

In the same survey, eight out of ten Americans say they would prefer a product made in their country if possible. Six in ten say they are even willing to pay a premium of 10%.

Why? Because 80% of US consumers believe that products from their country are made under better conditions.

For Richard Darveau, founding president of the “Well Made Here” program, it’s logical to believe that more and more consumers will act similarly in dealing with the contractor of their choice. “The public is becoming more aware of product traceability and skeptical about the quality of DIY products in some countries with standards that differ from ours,” says Darveau. The argument for economic solidarity with the regions and the awareness of the weight of manufacturing jobs are taking up residence in a greater number of minds. If the problems that plague giants like Bombardier are extensively written about by the press, in fact, any factory shutdown should be avoided at all costs.

“Opportunistic contractors will be able to win bids by promising their prospects that more quality Canadian products will be used to build and renovate their homes,” said the spokesperson for the “Well Made Here” program.

At press time, the “Well Made Here” team is devising a custom marketing strategy for contractors in collaboration with the Association des professionnels en construction d’habitation du Québec (APCHQ), an organization that caters to construction pros in Québec. Once it’s fine-tuned, the provincial-scale operation can be rolled out across Canada.