After half a century, the CHHMA organization changes its name and aims to court all players in the industry

The Canadian Hardware and Housewares Manufacturers Association, better known by its acronym CHHMA, has just changed its name to the Canadian Home Products Trade Association (CHPTA).

Indeed, the CHPTA’s design implies a deep repositioning in the market through which it seeks the interest of product suppliers, as well as that of retailers, dealer owners, building contractors, trades people, distributors and ultimately the consumers, the end users.

“This is not just a name change, by expanding its reach, this stakeholder who is already at the forefront in Ontario is increasing its potential, not only to further contribute to the identification of eligible manufacturers, retail points of sale wishing position themselves as destinations of choice for accredited products, but also to establish closer relationships with stakeholders that we also aim to reach,” explains Richard Darveau, President and CEO of the “Well Made Here” organization. He adds that the collaboration between staff and the CHPTA’s team is well aligned to continue to promote Well Made Here’s mission.

The CHPTA says it is proud of the role it has played in the industry, particularly in the realm of appliances and several lines of hardware and household products, over the last 52 years. However, its management and board of directors admit an aim to increase the number of members by attracting a larger audience.

The new CHHMA nevertheless promises to continue to serve and represent its current members in the years to come by supporting them in their growth and profitability objectives while expanding their commercial reach, giving them access to industry information, and supporting their professional development needs. 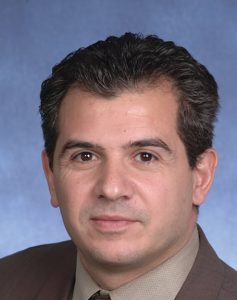 The renamed CHHMA, now CHPTA, continues to be represented on the Board of Directors of Well Made Here by its president, Sam Moncada, who co-founded the organization on October 31, 2018 along with a dozen other organizations.