Another leader specialized in doors and window joins “Well Made Here”

Following JeldWen, Groupe Atis is now a participant in Well Made Here. The corporation, whose head office is in Longueuil, is one of the top Canadian manufacturers of doors and window with nine plants, over 30 points of sale, 1 400 employees and revenues of approximately 200 million dollars. 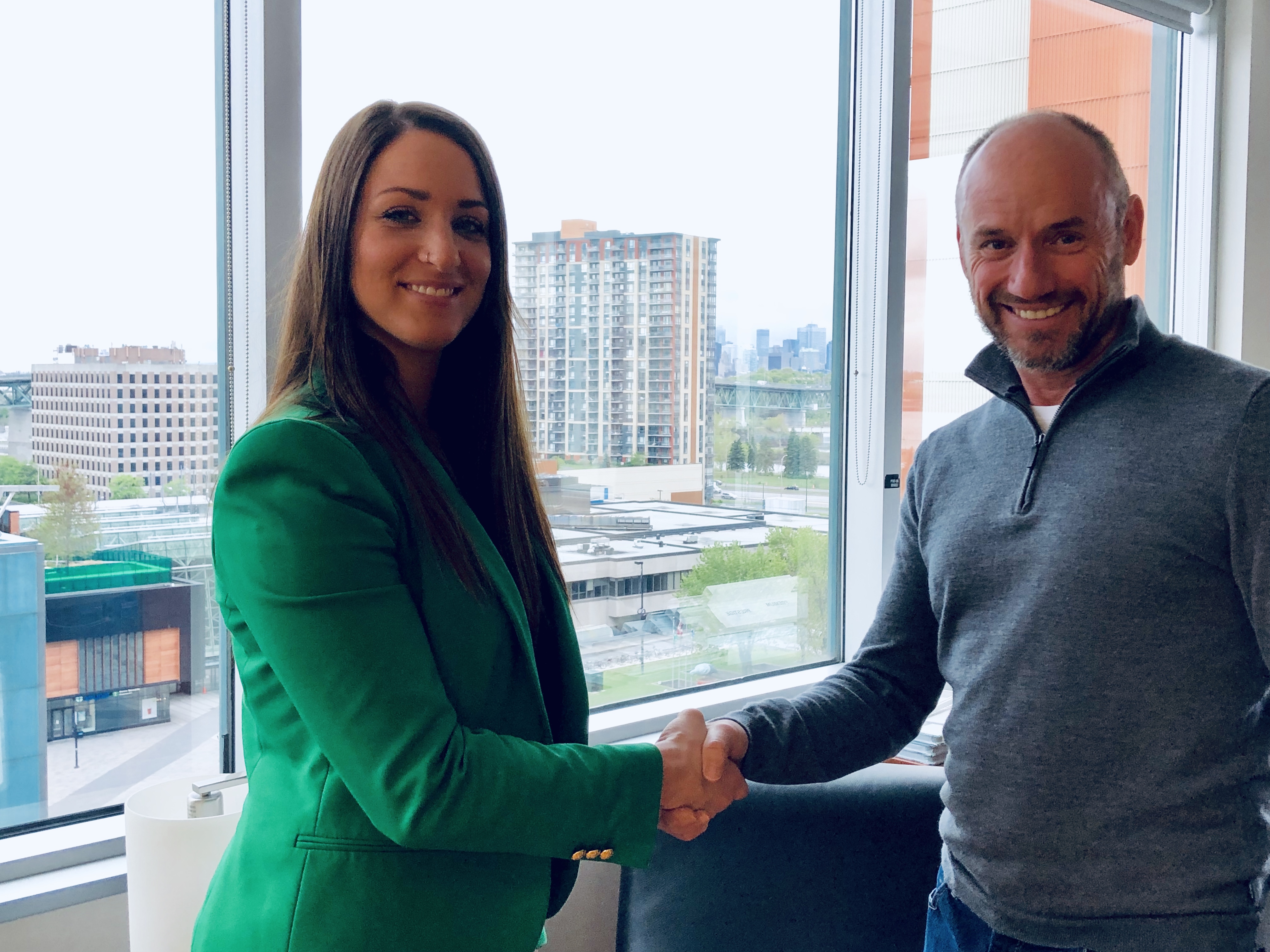 Audrey Dagenais, Director of Development and Manufacturer Services for the Well Made Here organization, shaking hands with Benoît Alain, President & CEO of the Atis Group, 85th manufacturer to join the Well Made Here program. Shown in the background is a high-rise building located at 15 Lafayette Street, in Longueuil, for which all of the windows have just been done by the Atis Group.

Group ATIS operates across the country with manufacturing plants in Delta BC, Vaughan ON, Terrebonne, Notre-Dame-des-Pins, Lévis, Longueuil, Saint-Apollinaire (2), Saint-Eustache and Stanbridge Station in QC, Moncton NB and Dartmouth NS.

On April 1, 2019, Benoit Alain took over from Robert Doyon, who led the business for the past fifteen years.

M. Alain, is a member of the Quebec CPA Order, the association for professional chartered accountants, and holder of the Administrateur de sociétés certifiés (ASC), a designation for corporate directors. He served as the Executive Vice-President of Cascades where, until recently, he led the Cascades PRO division, which specializes in the manufacturing and distribution for the away-from-home North American market. Prior to that, he was the Vice-President of Finance and Administration at Cascades Tissue Group, following his roles as Vice-President and Chief Financial Officer of ArcelorMittal. Mr. Alain holds an impressive track record in business development and in the strategic leadership of sales and marketing, operations and finance teams, including supply chain management. 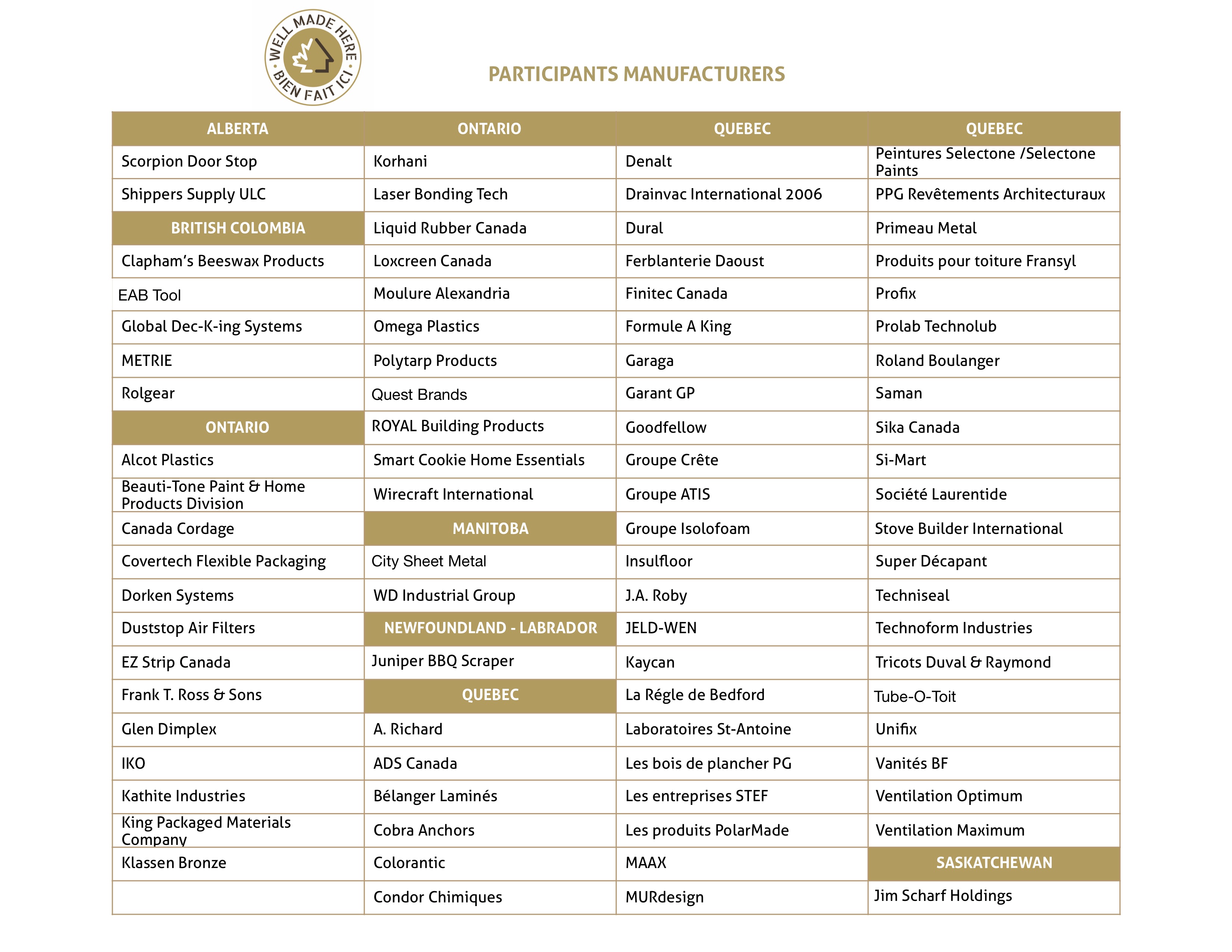 Well Made Here is nearing the 100-manufacturer milestone and the addition of the Atis Group brings us that much closer placing the programme at 85 participants in total.