Buy Canadian recognized around the world

While globalization is in full swing and people are traveling more than ever, there is a parallel trend that calls for a need to know where products originate. An in so doing, Canada clearly stands out. That is why the timing of the “Bien fait ici | Well Made Here” program couldn’t be better; not only to stimulate the sale of domestic products, but also to support the sale of Canadian made products in external markets. 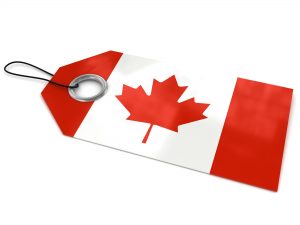 Today, identification of products manufactured here and bearing the “Made In Canada” mention favours buying locally from a commercial standpoint. That said, the “Made in” designation was created to serve an entirely different objective at its inception.

The appearance of “Made in” dates back to around 1890, at which time, Great-Britain put it into place as a protectionist measure to entice consumers to chose British products and to put a halt on the ever-increasing popularity of products originating from Germany. In response, starting in 1887, the informal “Made in Germany” label was affixed to products from said country to make them easily distinguishable from others.

This action from British authorities backfired. In fact, the sale of products “Made in Germany” increased. British consumers having developed an appreciation for the reputed quality of these products, were now able to find them more easily. Later, exporters began using the designation on their products themselves.

The success of German products even inspired others to adopt the practice of mentioning a product’s origin and so, the “Made in” designation took on an official character. Now, products with this mention must meet very specific criteria.

“Made in” ranked by most highly-regarded

In March 2017, Statista, which is a statistics portal, published a report ranking countries by which “Made in” labels are most highly-regarded: MADE-IN-CONTRY-INDEX. The report, conducted in collaboration with the Dalia Institute of Research, is the result of a study that took place in over 50 countries, during which 43 000 consumers were surveyed.

Germany, where the movement was indirectly initiated, dominates the list ranking first with a value index score of 100%. Switzerland is a close second with a score of 98.

Canadian products are well represented as part of the top 10 list; earning a score of 85, which put our homeland in 8th place. 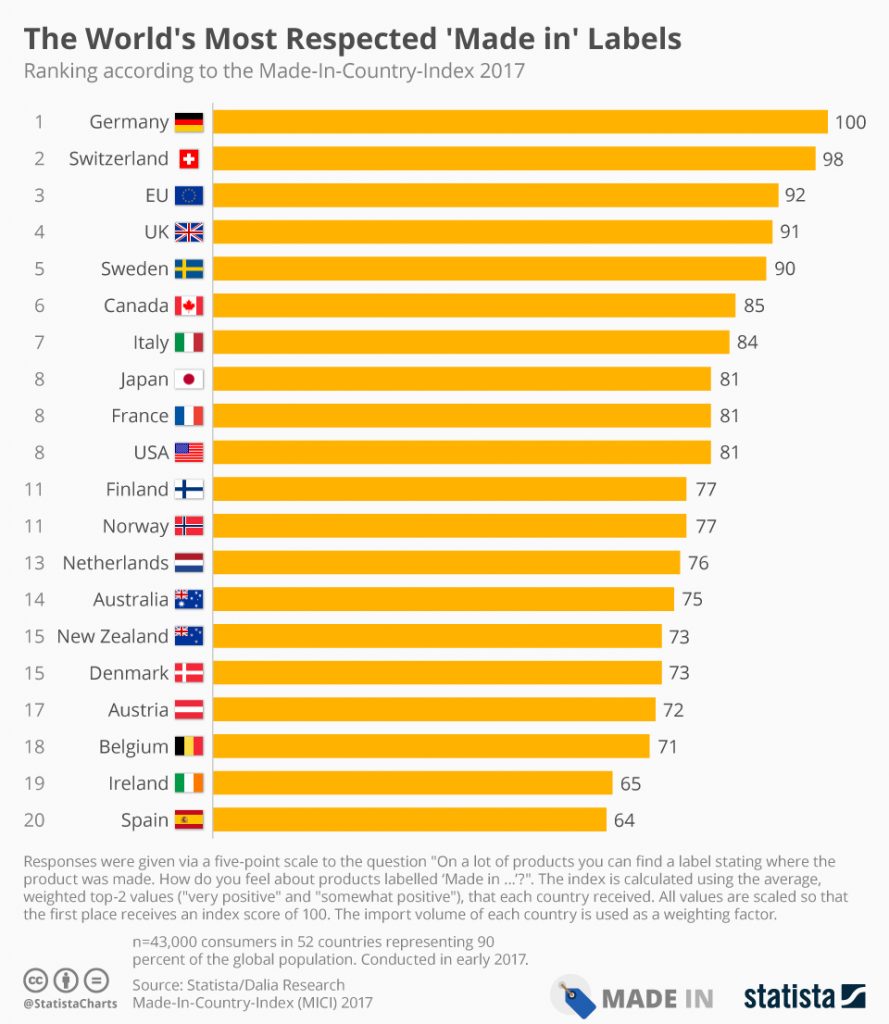