Election campaign tactics: position of strength in relation to the re-elected Liberal government

As soon as the government is formed, steps to propose a partnership and obtain funding will be undertaken, particularly by approaching ministers with portfolios relating to the economy, regions, international trade, heritage and infrastructure. 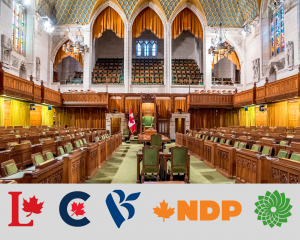 The “Well Made Here” team, having taken the initiative to generate awareness among as many federal election candidates as possible before the vote, sent a congratulatory email this week to each of the 338 elected officials who will represent the interests of Canadians at the House of Commons.

“These recent actions that we have taken to attract the attention of leaders and politicians towards our mission are a resounding success,” states Richard Darveau, President and CEO. “As a result of the tactic used during the election campaign, we received messages from various candidates expressing their interest and personal support for the program. This, in addition to the responses received on behalf of the party leaders, which demonstrates a willingness to address the issues that “Well Made Here” is tackling. We will be taking advantage of this momentum.”

In carrying out the tactic, after having validated the list of elected officials and obtained their @parl.gc.ca e-mail addresses, texts were drafted according to the parties represented and then, using the list which was sorted accordingly, by way of the email merge functions integrated with the software used by the organization, six separate batch distributions were sent.

“Our goal is simple. By congratulating the Members of Parliament for having the courage to act as representatives of the interests of Canadians, we also wish to convey to them that a partnership with the government in power is quite possible since all the parties with elected officials currently represented at the House of Commons seem in favour of our organization’s purpose and projects,” explains Célie Cournoyer, Director of operations of “Well Made Here”.

Read the email texts sent to the elected MPs: